The Story of the Jamaican Bobsled Team 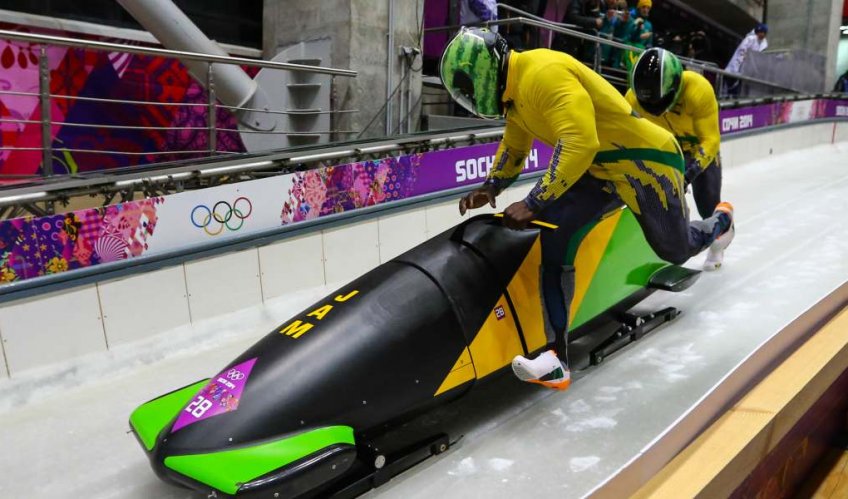 The Jamaican four-man bobsled team debuted to the surprise of the entire world at the 1988 Winter Olympics in Calgary, Alberta. There they quickly became a fan favorite largely because of their status position as the ultimate 'underdog' story of the games and the novelty of having a tropical country compete in a cold-weather sport.

They did not officially finish after losing control of the sled and crashing during one of their four runs. However, they showed significant improvement throughout the games and impressed observers with some fast starts. After crashing, they famously got out of their sled and walked with it to the finish line to great applause.

This team was the inspiration for a major motion picture, Cool Runnings featuring John Candy as the team's coach. The characters in the film are fictional, although the original footage of the crash is used during the film. The film's depiction of the post-crash rescue was changed to show the bobsledders carrying the sled over the line on their shoulders for dramatic effect.

The Jamaican Bobsled Team were pioneers in pushing Jamaica’s athletic presence in the world beyond their already established prowess in Track & Field Events. Even more so in sporting fields normally never having seen a contender from the Caribbean. Today there are Jamaicans competing proudly under their flag in gymnastics, kayaking, fencing, marshal arts, lacrosse, rugby, golf, cricket, football, tennis and more. We even have a Jamaican contender in the famous Trail Dog Sledding races over snow and ice like the 1,100 mile Iditarod and Yukon Quest.