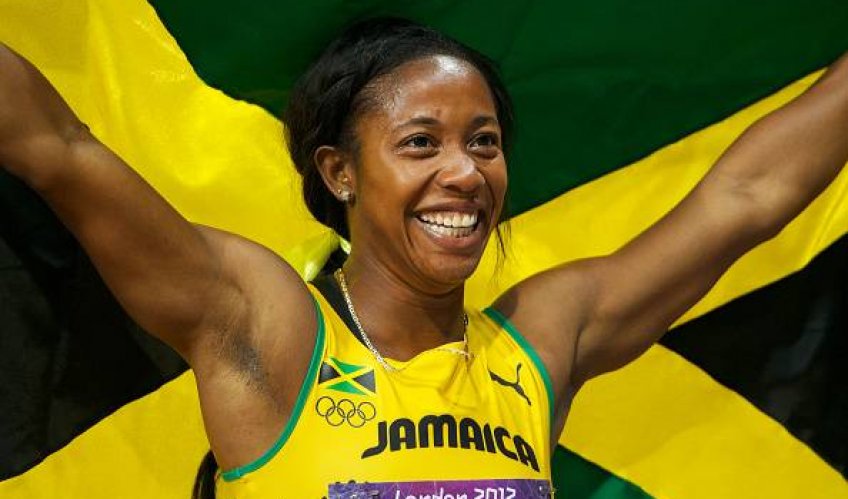 Shelly-Ann Fraser-Pryce is a world-champion, Olympic gold medalist and a Jamaican sprinter who has won the hearts and minds of her nation and the world. Born on the 27th of December, 1986 in Kingston, Jamaica, Fraser-Pryce inducted herself in history when she became the first female Jamaican athlete to win a gold medal in the 100 meter Olympic at the 2008 Summer Olympics in Beijing. Nicknamed "Pocket Rocket" due to her small 5 ft 1 in frame and her speed out of the blocks, Fraser-Pryce was raised by her mother a street vendor and grandmother in Waterhouse, one of the poorest communities in Jamaica.

Athletically gifted from a young age, Shelly-Ann's track career started when she made the track team at the Wolmer's High School for Girls in Kingston. This allowed her to participate in the Inter-Secondary Schools Boys and Girls Championships, Jamaica's high school track and field meet. She suffered defeats in the earlier parts of the meet before finally proving her natural talent for sprinting.

Fraser-Pryce went on to specializing in the 100 meter and in the 2005 CARIFTA Games she won the bronze in the 100 meter and earned gold in the 4x100 meter relay. Upon graduating high school, she began training at the M.V.P. Track and Field Club in Kingston. In 2007 she earned a silver medal for being one of the runners in the qualifying round of the IAAF World Championships 4X100 meter relay, where Jamaica earned the silver medal in the final.

After her taste of success at the World Championships, in 2008 she commanded global attention when she shocked the world by winning the gold medal at the Beijing Olympic in a time of 10.78 seconds, the fastest time in the world. She also won the gold at the World Athletics Final in Stuttgart.

At the Berlin World Championships in 2009, Fraser-Pryce earned two gold medals when she blazed to victory in the 100 meter and ran the second leg of the Jamaican 4x 100 meter relay team. In the same season she won the silver at the World Athletics Final. At the London Summer Olympic Games she won her second straight Olympic gold medal in the 100 meter, which made her the first woman since the American Gail Devers to repeat victories in the 100 meter race.

In 2010, Fraser-Pryce served a six-month ban for testing positive for the banned substance oxyodone at the Diamond League meeting in Shanghai, which was in a medication she took for a toothache. However, this did not dampen her bubbly spirit. Shelly Ann proved herself to be the best once again by becoming the first woman in history to win a Triple World Sprint Championship, when she won the 100 meter, 200 meter and 4x100 meter races at the World Championships. While working on her sprinting career, she earned a degree in Child and Adolescent Development at the University of Technology in Kingston.

Going into the 2016 Summer Olympics, Fraser-Pryce was aiming to become the first woman to win three consecutive 100 m Olympics titles, hwever, she had been plagued by a toe injury, which was hampering her performances all season. She qualified as joint fastest for the final of the 100 metres with country woman Elaine Thompson, in a time of 10.88 seconds. However, she was in notable pain after her semi-final, grimacing and limping off the track. In the final, Fraser-Pryce finished third, behind Thompson and Tori Bowie in a season-best time of 10.86 seconds.

Fraser-Pryce is a well-known philanthropist and is a Goodwill Peace Ambassador, as well as creating her own Pocket Rocket Foundation, a scheme which supports high school athletes in difficult financial situations to get a proper education and keep on training. She herself has gone on to earn a Master of Science Degree in Applied Psychology at the University of West Indies. She has also pursued other entrepreneurial endeavours with a café and has parlayed her reputation for amazing hairstyles by launching her own salon named Chic Hair Ja. She sat out the 2017 season due to her pregnancy and focusing on family.